Dark melancholy gothic rock/metal band Outshine (Gothenburg Sweden) has had one of the rockiest histories you could imagine. With more band member changes then The Cure, Outshine has released 4 albums starting 2007, done 7th US tours between 2005-2018 among a lot of things but has also had some sort of curse following them from the very start in 1995 (though the embryo of the band started already 1992 under the name Dead By Dawn) when founder, guitarist and vocalist Jimmy Boman started the band.

They released "Prelude to Descent" fall 2013 with great reviews, did a Scandinavian tour with Gothic Metal icons Paradise Lost but got robbed when arriving back home from the tour that created a turmoil of issues, deceptions and fights that didn´t end until 2016.

The new album entitled “1313” was finally released in February 2018 (GAIN/SONY) after years of lawsuits with Swedish tax authorities (won in court spring 2017), band member deceptions, murder threats and trials concerning lost property. A mayhem of anxiety was finally over? No quite...

The release of “1313” was followed by a new tour, this time in the Ireland & UK in February 2018 again with Paradise Lost.

But after a few months bad luck/the curse of Outshine struck again. It became apparent that the newly recruited vocalist was not the person that he presented when joining the band. The departure went ugly and there was no other way out then to cancel the "1313" release and start over.

Finally, at peace, the band is now releasing a new single and video for the song "Love Is Dead" and founder and guitarist Jimmy Boman (Ex-Norberg) has taken on the vocals.  "Love Is Dead" is marking a direction back to the dark, gothic metal roots Outshine once came from and the re-build has now started.

The band, Jimmy Boman (ex-Norberg) (guitars, vocals) and Niklas Ingvarsson (bass), joined by Andreas Larsson (session-drums) and Pär Arvidsson (session-guitars), is now working on new material and a re-work on some of the songs on "1313". The sound will be different, more of a Sisters Of Mercy/Type O Negative feel to it with grunge vibes (Alice In Chains). The new songs is produced by Kenny Boufadene at Studio Meltdown and recorded at Grand Recordings in Gothenburg. 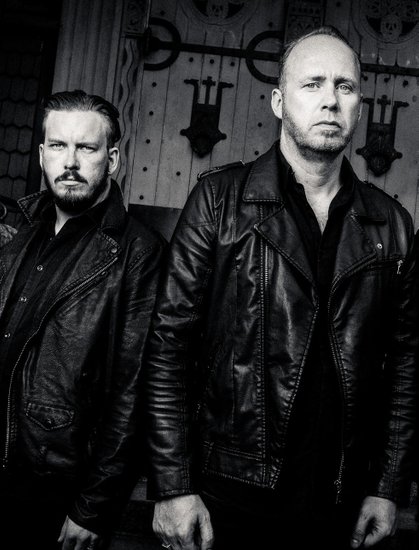 Jimmy Boman (Ex-Norberg) (founder, vocalist and guitarist) statement about the upcoming new single "Love Is Dead", the cancelled album "1313" and the direction in which Outshine is heading:

“Well, this is perhaps a bit harsh, but I really don´t like how the world is developing as of now and I got a firsthand look with the latest recruitment in Outshine that ended in total disaster. My feeling is that mankind is more and more similar to a plague, just trying to take advantage of everything that comes our way, very similar to any locust that is draining all resources then moves on.

Egoism is spreading like a wild-fire, everybody gets offended by everything and everybody claim their rights rather than thinking about their responsibilities. All the lies, fake news, jolly and fast excitements that "please" people in TV, social media, commercials are corrupting critical thinking.

Obscene consumption is leading to depression, obesity, poverty, making people stupid and it creates bigger gaps between wealthy and poor. All this insanity is in my mind also generating the right-wing motion and ultra-liberal lefty movement we see all over the world.

We need to start questioning the system, the "reality" which is just polluting us as strong individuals and making us weak and easy to manipulate. Together the common man can make a difference, as it is now we are all just being used as puppets in a freak show.” 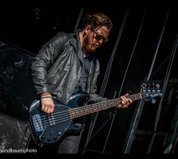 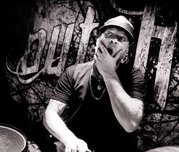 -Current and past band members-